Google Maps: How did we ever live without you?? Well, some of us remember the days when an old, tattered copy of the Thomas Bros guide in the passenger seat was peak technology. Did we get lost a lot? We did! (it usually wasn’t so bad)

Google Maps and Google Street View have become an essential tool in any Realtor’s or home buyer’s toolbox. Now Street View is celebrating its 15 year anniversary with some major upgrades.

To date, Street View hasn’t allowed users to travel down staircase streets like Iron Alley in Twin Peaks or Napier Lane in Russian Hill. (Dare we presume that the denizens of these hidden gems are happy about that?) And yes, these staircase streets do have homes on them.

Just out of reach!

The Google cars, with their whirring array of cameras, haven’t been able to get into every nook and cranny. Their new camera, which Google says is “the size of a house cat”, will be able to unlock spaces the cars couldn’t. 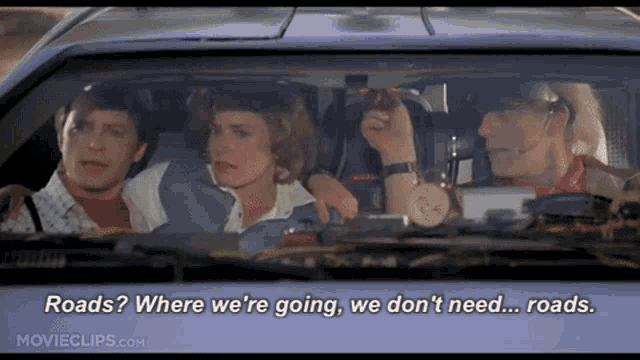 Go back in time: You now have access to past images of locations in addition to current ones. Tap on the Street View photo and then “see more dates” to view the historical images in Google’s database. (Wow, that house used to be electric blue? The second story didn’t exist in 2015? Interesting!)

Later this year they’ll launch a new “immersive view” feature, allowing users to get a drone’s eye view of a location, “soaring” above an area before dropping down to street level to explore a streetscape and even businesses within the neighborhood. Locations will be limited at first, but you can bet that San Francisco is at the top of the list.

If you’re shopping for a home, there’s still no substitute for wandering a neighborhood IRL. Google can’t tell you how the local coffee tastes or how friendly the neighbors are! But it’s still a great first-pass tool to start to get a sense of a place. We are seeing more buyers, especially second-home buyers and investors, write offers on properties sight-unseen, in part because of the availability of sophisticated digital tools like Street View and Matterport 3D tours that allow virtual exploration of a property and neighborhood.

Pro tip: One existing map feature you may not be using is Google Map’s eco-friendly routing. Save on gas money (hello $7/gallon!) and reduce emissions by unlocking this option on your next route. Google estimates that “Eco-friendly routing has helped save more than an estimated half a million metric tons of carbon emissions” since it was launched in 2021.

You’ve got questions and we can’t wait to answer them.